Many, Many months ago, actually I think it was back in the New Year, I started a new knitting project. Well, don’t faint, I have finally got around to taking some truly awful photos.
I must add that it didn’t actually take me 9 months to knit it, only a few, tops! The little blue blighter has been one of those projects where I knit it and it is then left in the murky depths of my knitting basket, waiting for the last of the finishing touches to deem it wearable. I lost all interest when the sleeves decided they didn’t want to go in neatly. I don’t usually have such bother, but this took me several attempts- so many in fact, I have since lost count- Blah!!!


Well it’s nearly finished (yes still only nearly!), I just have to sew in some more ends, possibly get mammy to crochet round the neck opening, and I still have to make another button link and then,... then it will be finished.  Completed. DONE!

The original
(Gosh she is one amazing mannequin!  I would like her charm bracelet and ring please....oh and her hair... well not her hair, hair, just the ability to do my hair like hers!)﻿
Well anyhoo, here's the knitted in question (In its current state) 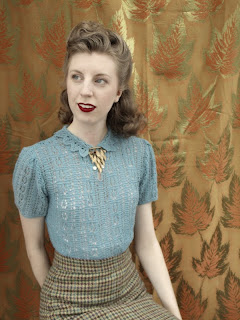 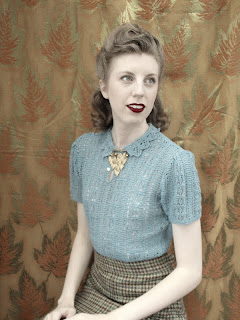 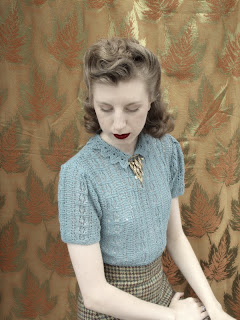 (one to show my curly top!) 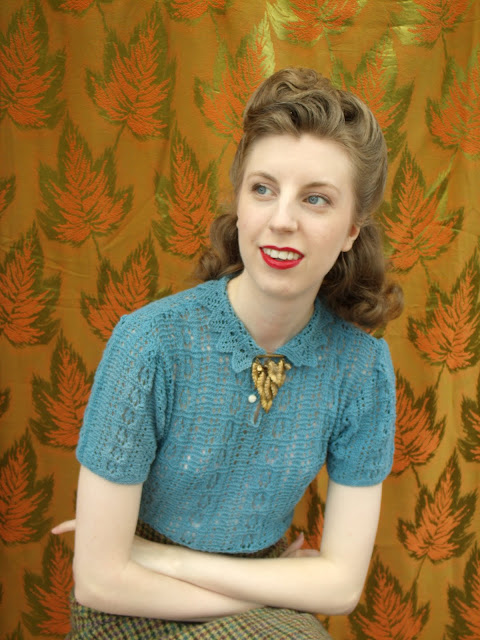 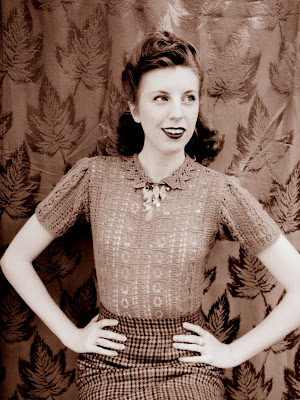 And here's the obligatory 'self satisfied' photo!
Posted by Tickety Boo Tupney - A Dash OF Worcester Sauce. at Wednesday, September 26, 2012