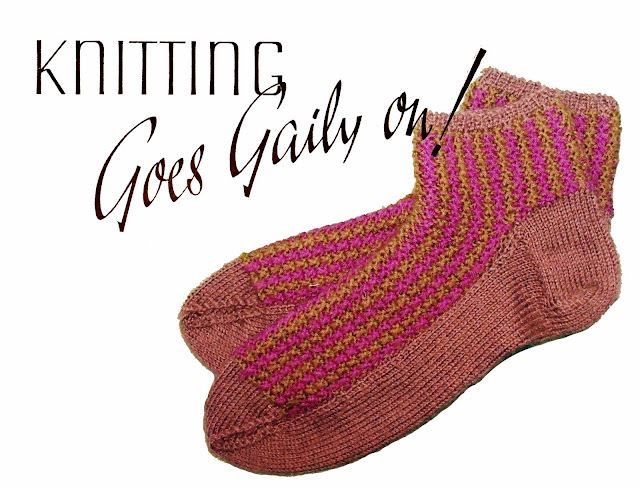 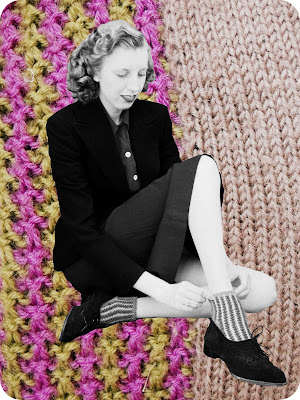 "No Stockings? No American chums? Fear not girls; for you can knit a pair of socks instead. Make use of those scraps of wool from your knitting basket and you too can own such a dashing pair of socks. Such a boon to anyones wardrobe and more to the point they will save those precious coupons of yours! They are just the ticket for these chilly and snow filled days we are having this winter. Perfect for wearing with your country tweeds, slacks and sports wear. So easy to knit as well, for they are knitted on two needles and the two colour pattern is easily worked by slipping stitches on every row. I'm sure you'll love them so much that you will want to make several pairs!" 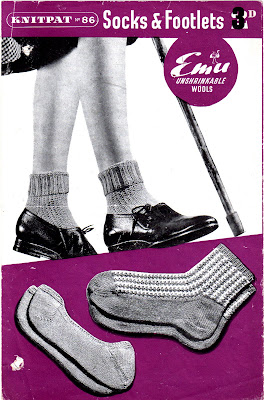 Here's a great link to a pair of ankle socks- just in case anyone fancies knitting a pair of their own...
Free
Ankle Sock Pattern﻿

The Apprentice and the Sweetheart. 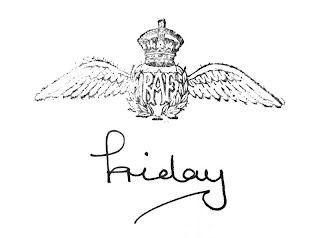 Oh deary me, it's the 18th of the New Year and this is my very first post! Not doing too well am I.
I'm a naughty young miss for missing the last two R.A.F Fridays, but thankfully for me I was given three things at Christmas suitable to show and tell in the New Year.....so let's get cracking eh!

First Up is this Plexiglas beauty. It's quite the whopper too, with a 5 inch wing span!  It is also pleasingly chunky too... nothing flimsy about this one... well, apart from the pin, which needs mending. Fear not, for Pappa says he can fix it. And if all else fails, I'll just sew it onto a bit of material and stitch a safety pin to it, or I could make a bracket for it... 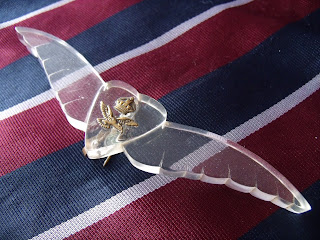 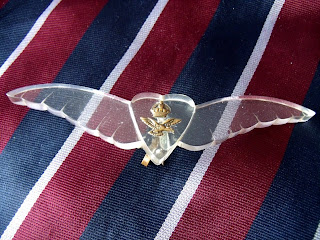 I know it now belongs to me, but I'm still rather jealous of the original recipient of these wings.... what must it feel like to have someone make you such a token...? I was totally overwhelmed by my Ma and Pa buying them for me. :) So I'd probably pass out if they were made especially for me!!!

***
My second and third offering came as a duo. These little crackers belonged to a man who worked as an apprentice at Rolls Royce (Darby) during the war. Apparently he stayed with them throughout his working life as a Draughtsman.
"LITTLE BITS OF HISTORY AS HE WAS WORKING ON THE MERLIN ENGINE AND AFTER WORK SERVED WITH THE ARP"
Tis a nice bit of information to know at any rate! 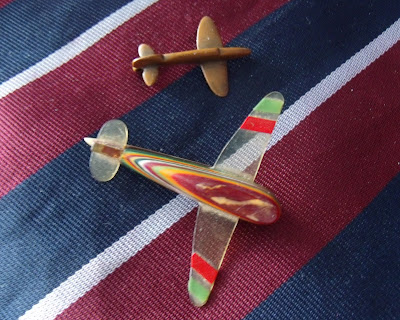 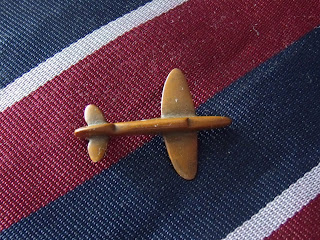 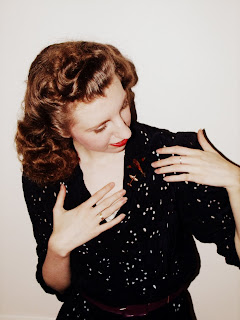 This is my fourth penny/coin plane. You can never have too many if you ask me! I'm just building up my squadron!!! Which reminds me, I must carry on and finish making my penny Lancaster - probably a bit too ambitious, but hay ho...  if it looks rubbish, it looks rubbish! 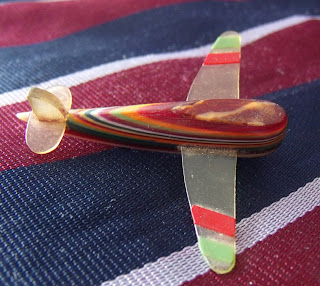 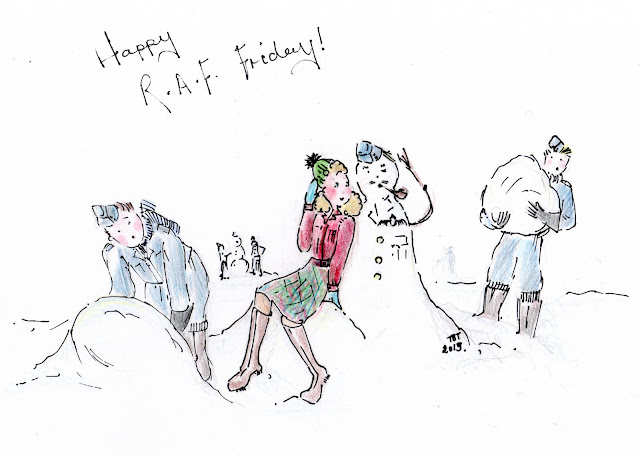 (just because it's Friday and snowing!)

R.A.F War Pictures
Nothing but Patches
It's a Piece of Cake
Mrs Pickup's
Knitting for the R.A.F
Love Is In The Air
Double Trouble
One Mans Photo's
The Rings
Here Comes The Bride...
The Other Box
The Box
Mayday! Mayday! She has bought more wings...﻿﻿
Posted by Tickety Boo Tupney - A Dash OF Worcester Sauce. at Friday, January 18, 2013 6 comments: