Walking in a Winter Wonderland... Day 2. 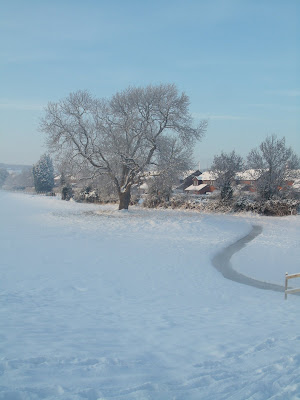 I’m afraid no outfit posts today, but several of the snowy landscape! It was a grand walk, taking the route of the river until it reached the bridges and the road into town. The route was a lot longer than I remembered, but maybe that was the snow deceiving my feet, its like sand, every thing always takes a lot longer on sand! We also took the toboggan, which was a lot smaller than I had remembered too, but then again, I was probably 5 or 6 the last time it was used!
Anyhoo enough chatter…. The snaps! 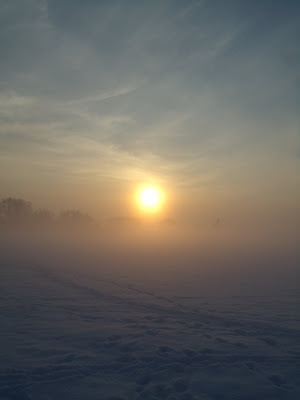 Pretty Sun in the mist. 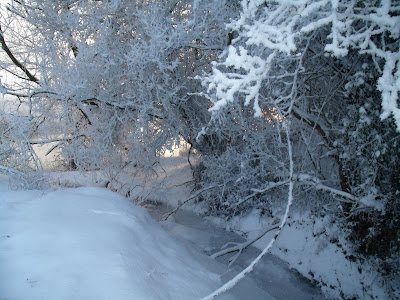 All Frizzed Up (Frozen!) 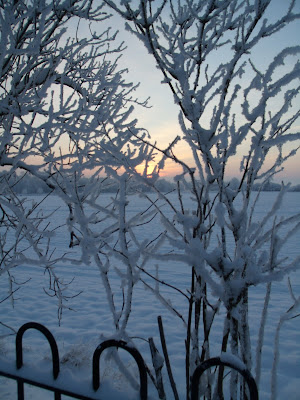